What does LCL and FCL mean?

FCL refers to “Full Container Load” whereas LCL means “Less than Container Load”. Both these terms are used quite often and commonly in international trade, supply chain and logistics industries.

There are a few vital differences between the two types of shipments (LCL & FCL) that traders need to know about before they decide which one to opt for. Let us take a look at these differences in detail.

Differences between FCL and LCL:

The volume of goods:

The volume of the shipment is the space capacity the goods require in their entirety including an packaging material to ensure safe transport of the cargo. This is often the deciding factor when choosing between FCL or LCL. It is measured in cubic feet or cubic meters.

The security of your goods may not be important to you in all the cases but there are many types of goods where the trader cannot afford any unauthorized access to the goods. In such a scenario, ensuring security may out weight costs in importance and hence FCL would be a better choice, since you can book the whole container and even have it sealed according to your liking. If you are shipping through LCL, then you cannot seal the container to your convenience as other people need access to the container to load and unload their own goods.

With FCL, you also have the security of knowing that your shipment won’t be contaminated in case another trader’s goods leak or somehow damage your goods in the container.

However, if you are more concerned about damage to your goods due to unnecessary movement, then you can also opt for LCL and make sure the goods are tightly packed so that they are unlikely to move around in the container. At the end of the day, you have to see what type of security you are looking for and choose accordingly.

As is the case with any business, companies try to reduce their costs and therefore the aspect of shipment cost cannot be ignored. It is important for traders to consider both types of shipments to get a good idea of costs involved as they can vary from shipment to shipment.

Low-volume shipments are better off when sent through LCL whereas high-volume shipments tend to be cheaper in FCL mode, even when they do not always occupy the whole of the container. This is, however, not always true. It is therefore recommended that traders consult the freight company to get a better idea of how to proceed.

The prices of FCL and LCL also keep varying throughout the year which is another factor that makes it hard to say for certain which mode is cheaper.

Every company wants to have the safety of knowing that their shipment will be transported in time. In some instances, they even have transport their goods urgently. Therefore, the urgency of shipment plays a major role in deciding whether to go with FCL or LCL.

An FCL shipment is yours exclusively whereas an LCL one belongs to a number of traders. It makes sense that LCL shipments are more prone to delays as each trader’s items are loaded and unloaded together with the necessary paperwork and if necessary under Customs supervision or controls. This results in delays or longer shipment times for LCL cargo. On the other hand, an FCL shipment is exclusively yours and doesn’t require multiple handling giving it more security in terms of the time it takes to reach its destination.

During the peak season, LCL shipments do become more attractive for urgent shipments. Due to the high demand, it can be much easier and quicker to book an LCL than FCL.

What is drop shipping?

A Hidden Risk In DDP

Food and Drug Administration: What do they do? 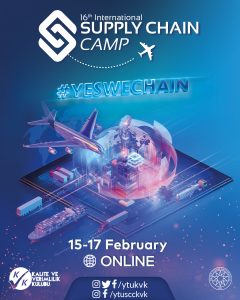 Join us on LinkedIn:

We use cookies to give you the best user experience.

This website uses cookies so that we can provide you with the best user experience possible. Cookie information is stored in your browser and performs functions such as recognising you when you return to our website and helping our team to understand which sections of the website you find most interesting and useful.

Strictly Necessary Cookie should be enabled at all times so that we can save your preferences for cookie settings.

If you disable this cookie, we will not be able to save your preferences. This means that every time you visit this website you will need to enable or disable cookies again.